the paper in paris- which wound up being about jackie and an ice cream cone- went well. and, after carrying this poster on two international flights and through a host of arrondissements, there is precisely one thing i want to write about.

in general, this magazine.

in particular, jackie and food. 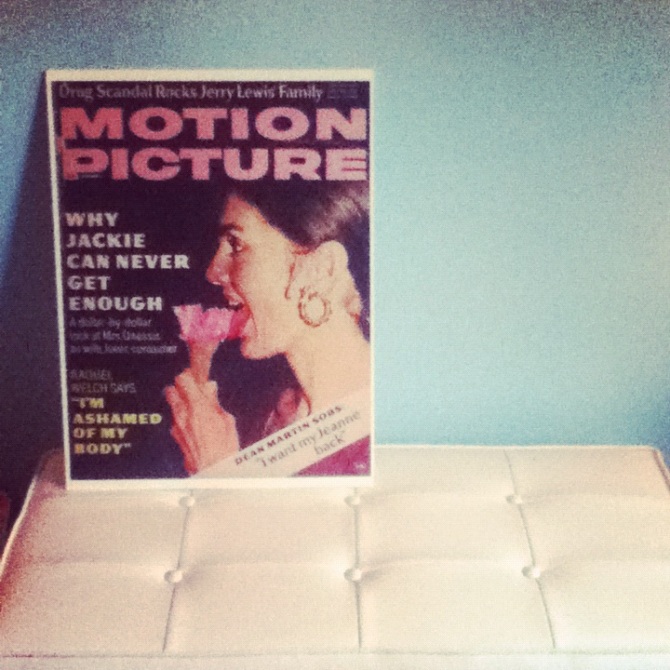 so two things. three? which is unfortunate because writing about those however many things that is is maybe fifth in the line of things i need to be writing about.

there’s this trend where every summer i say to myself “this is the summer i will do x.” and i have this romantic vision of how x will unfold over many months through many leisurely afternoons over many cups of coffee.

and then something invariably happens that precipitates the happening of x so that x has to happen, like, RIGHT NOW. and then in a rush and jumble of pressure and sleepless nights x, the thing i’d intended to spend the entire summer doing, gets done in a week.

so i shouldn’t be so grieved here that i haven’t the time to write about jackie eating now, as the other projects will soon pass and jackie will always be there.

for now i will just say this: there is no limit to the number of words i could write about this picture.

jackie, queen of the corn cobs