after nearly a century of intense fabulousness, zsa zsa gabor has died. 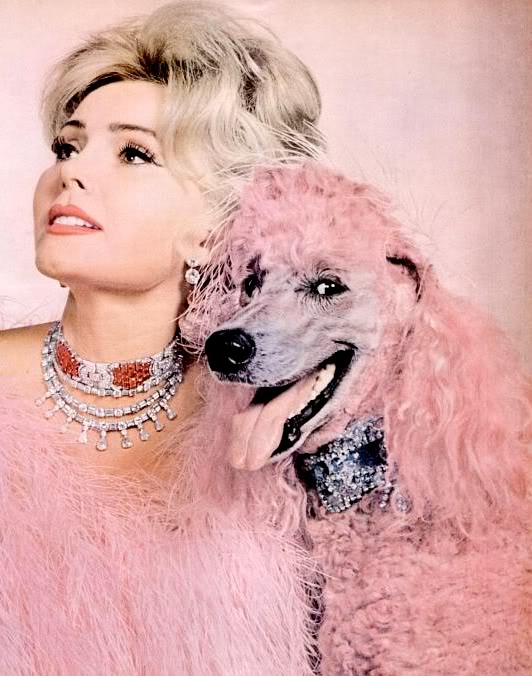 cue the daily mail‘s celebration of her life as a woman who got married.

the problem here is not that gabor was married nine times (because she was). the problem is that the daily mail repeats this SO REPEATEDLY, so that- almost pavolvianly- we emerge from this article knowing nothing else.

but first, a turn about the room… 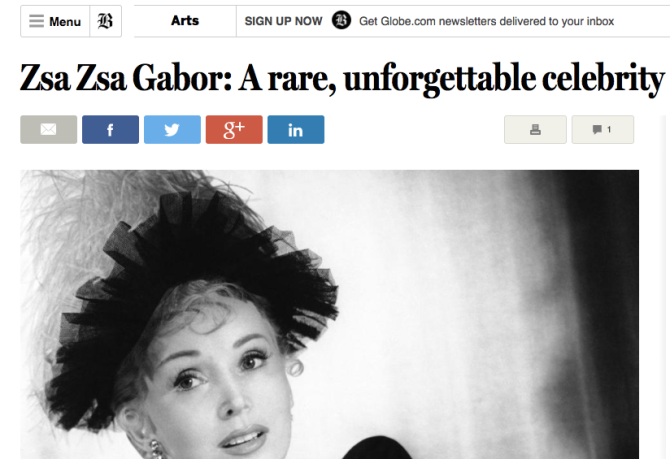 (via the boston globe)

so there were other ways to write this story…

and then there was this way:

i don’t want to set up a false equivalency here, because gabor’s career is really not comparable to, say, that of mickey rooney or elizabeth taylor (both of whom were huge stars and both of whom married eight times each).

what i do want to do is to critique the daily mail‘s assertion that she was best known for being married nine times- as i did not know that and i’m assuming many other people did not as well.

i remember her from her appearances on day time talk shows when i was in middle and high school and home for the summer and watching trash TV. she was one of those people who, in the 80s and 90s, was past their prime but still in the air, like a perfume- glamorous, obviously famous, though one, as a kid didn’t really know why. (i cannot think of a modern equivalent…)

unfortunately, the mail‘s report tells us nothing else about her so it does appear as though marrying was the only thing she did.

but what happened here, for instance?

surely there must be a story in that!

but no. the only story here is that she had a love life.

she spoke! she was witty!

she was a celebrity!

she was in film!

omg, dear daily mail, TELL US ABOUT THE “NUMBER OF THINGS” she was known for besides being married!!! truly, i would like to know.

alas. one has to plod through a slideshow of all nine of the husbands before getting to her career. 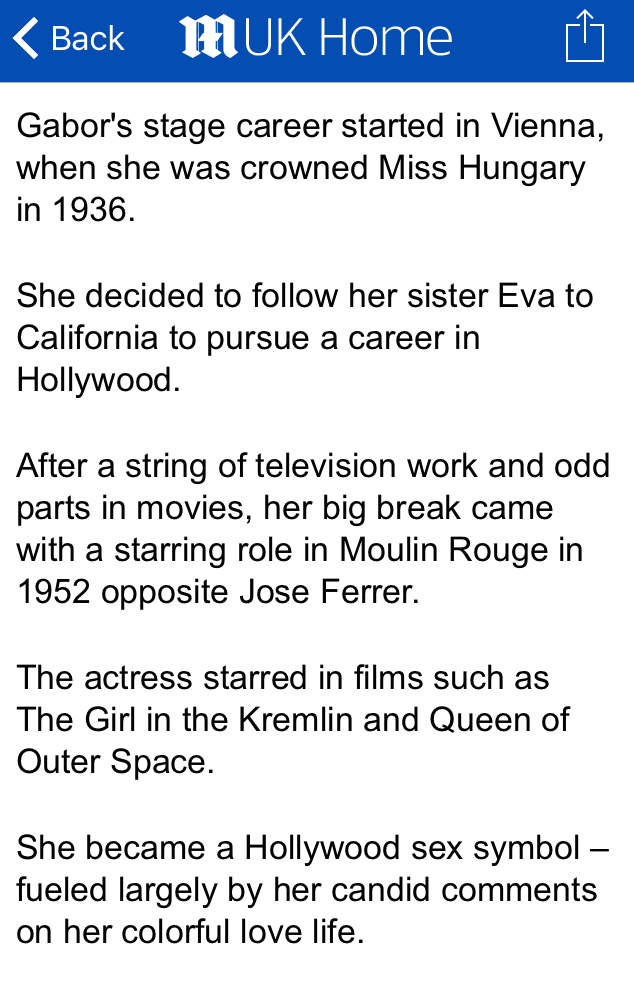 though one would be forgiven for concluding that her sole contribution to the world was calling everyone “dahlink.” 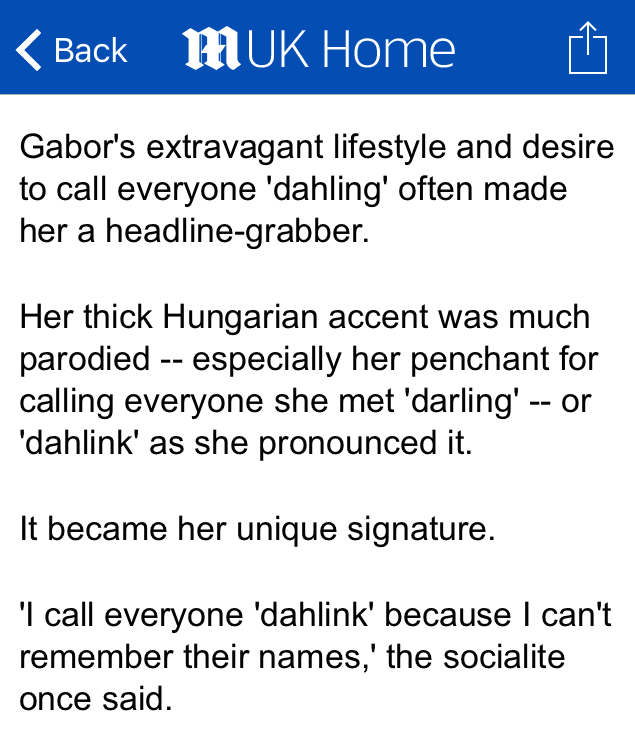 and enjoying the company of men.

the interesting thing here, which is suggested rather than explicitly stated, is that- when it became clear her acting career was never going to pay the bills- she found a way to monetize a complicated private life.

i suspect that the comparison to kim kardashian will be made frequently in relation to gabor and that it will be cited that they are both “famous for being famous.”

but this is reductive, and also a tired definition of fame that obscures both the labor and wiliness involved. 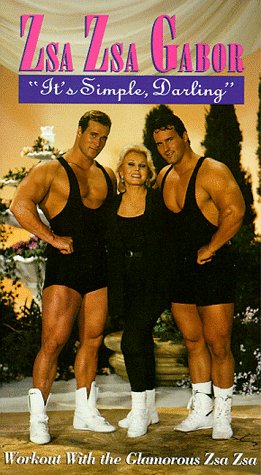 just as saying kardashian is famous for being famous obscures the fact she is an entrepreneur, so saying gabor was famous for her love life is to ignore the fact that she leveraged stories from that love life to succeed at a time when beauty was a woman’s primary asset, to survive in an industry that is not kind to aging women, and to remain relevant for half a century in a culture that typically allots 15 minutes for fame.

“I pay all my own bills,” she told gerald frank who helped her with an autobiography in 1960. “I want to choose the man. I do not permit men to choose me.” 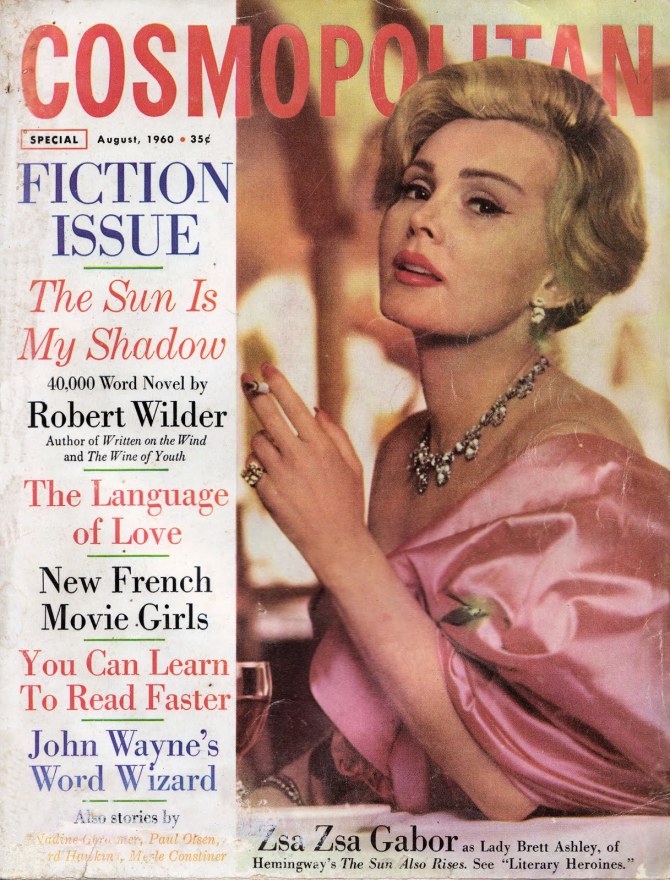