it’s an open secret that i hope to, eventually, write a book about tonya harding.

because i find her a compelling character, and am fascinated by how little her public presentation of herself has modified over time.

but also because i love stories and looking at the shifts within our telling of certain stories, stories of famous women of the late 20th century most especially.

in writing about jackie, i am always asked a version of the same question: is it really true she did [insert whatever rumor here]?

in telling people that i hope, one day to write about tonya harding, i am, again, asked a question: oh, she was the girl who clubbed that other girl, right?

in both instances, the speaker is drawing on preexisting knowledge. but, with jackie, there is doubt. did she really sleep with her brother-in-law? did she really buy sweaters in every color? did she really talk in that babykins voice in real life?

in these conversations i always get the sense that the speaker is seeking a debunking. they want me to tell them how it really was, because they suspect they’ve not got the story right.

with tonya, there is no such uncertainty. with tonya, they’re just double-checking that, by tonya harding, i mean that girl who clubbed nancy kerrigan. i have not yet once been asked if she actually did. 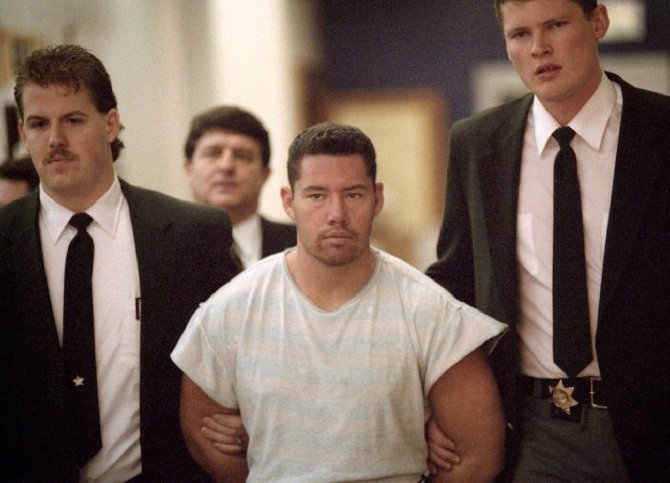 do you remember the “infamous tonya harding and nancy kerrigan feud”? did it look anything like this?

ok. yeah. the last one there looks pretty accurate. but beyond that, according to people who were there, it looked nothing like this.

you guys, we have reached a historical moment where the story of “this huge man” with a crowbar has transmogrified into a story where tonya harding walked up to nancy kerrigan and clubbed her on the knee. 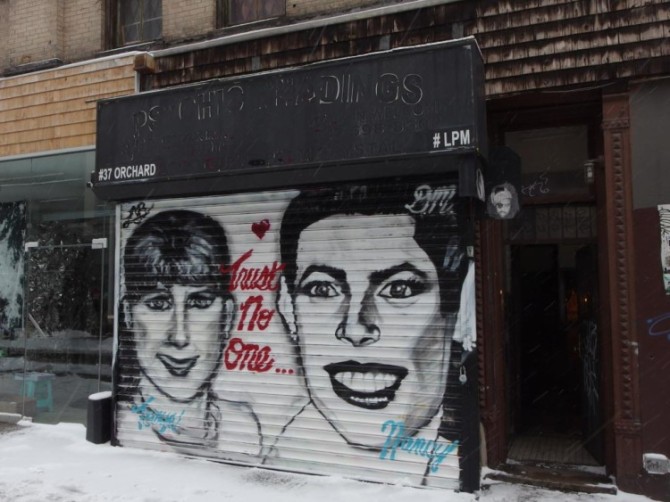 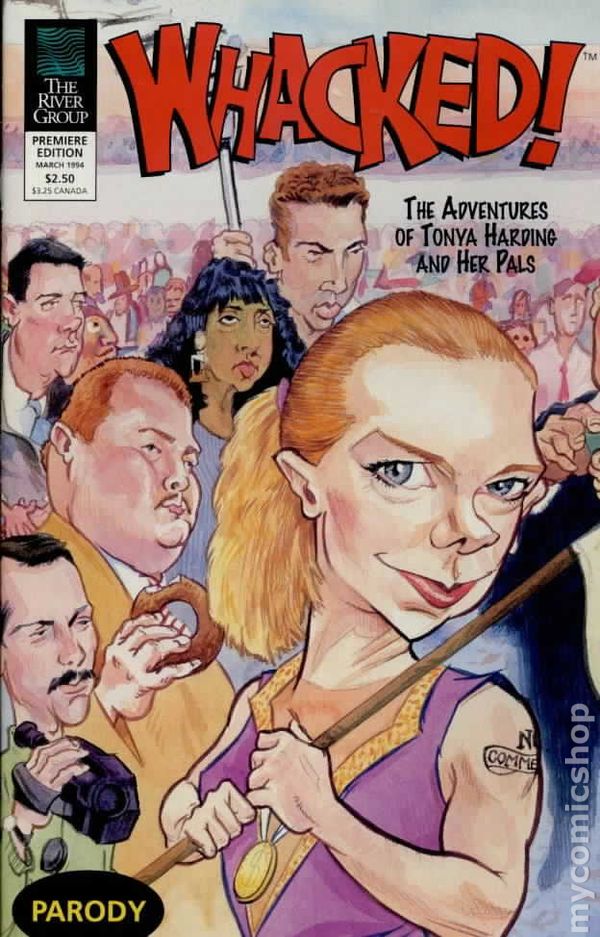 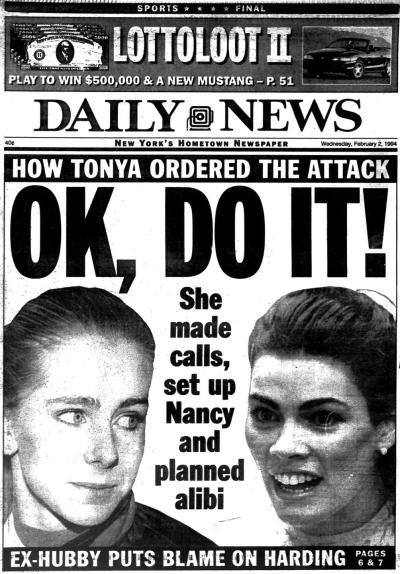 and perhaps it was bound to always wind up this way given that girl-on-girl drama is a deeply entrenched literary trope. 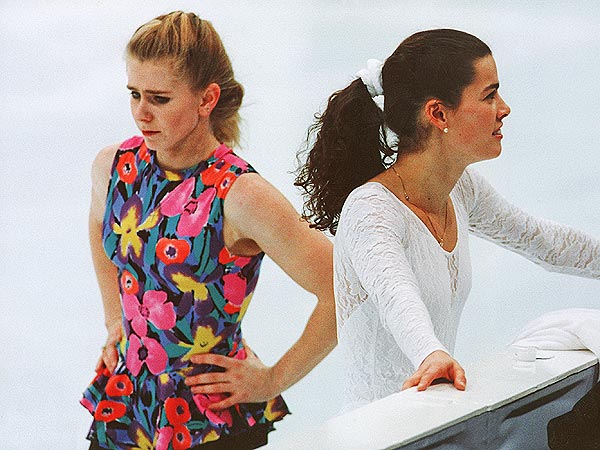 and the story of girl drama on the ice…

17 FEB 1994: NANCY KERRIGAN AND TONYA HARDING OF THE UNITED STATES PASS EACH OTHER WITHOUT NOTICE DURING A PRACTICE SESSI0N AT THE 1994 LILLEHAMMER WINTER OLYMPICS. Mandatory Credit: Pascal Rondeau/ALLSPORT

is prettier and more immediately compelling than the story that this guy:

with his cosby cardigans and mustache (NEVER trust a man in a turtleneck, yo!), hired this dude: 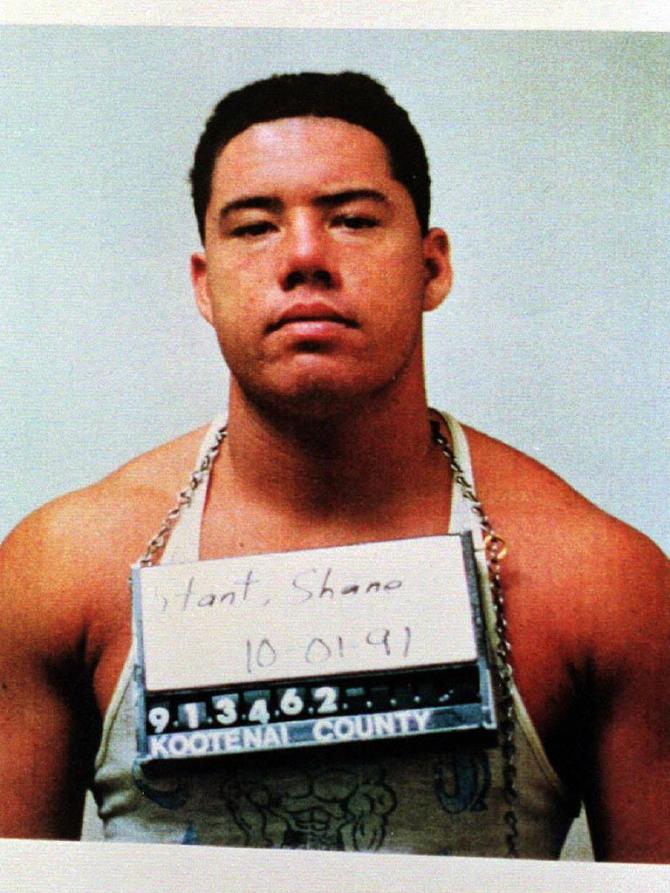 to hit kerrigan with a crowbar.

in the story of tonya clubbing nancy, there is competition, emotional investment. LEOTARDS! LACE!

in the story of that rando guy clubbing kerrigan, there is simply money changing hands.

one story is the stuff of high drama. the other is just business. which do you prefer?

but the thing is, in reducing this story in this way, we are rewriting ONE OF THE GREATEST, MOST COMPLICATED, STUPID CRIME STORIES OF OUR TIME. 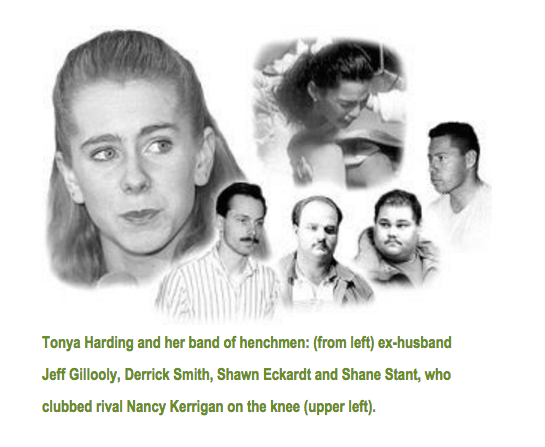 in the cultural shorthand, “pulling a tonya harding”…

(i’m going to avoid the rabbit hole of trying to figure out what was happening with this in regard to gender politics in 2007, but here you go…

in case you need it.)

i’ve argued again and again that rhetoric like this sticks. i’ve written about how it stuck in my own life and how this has led to pretty much all of the topics i write about now.

but what is perhaps most profoundly disturbing about this is how unaware we are of these shifts in stories. 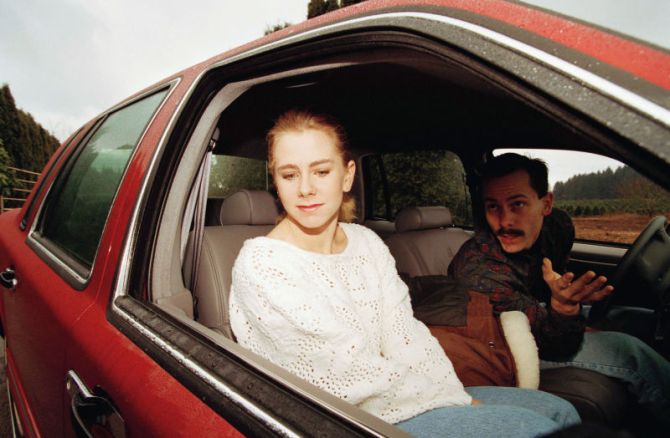 so that people who were alive in 1994, people who followed the story of tonya harding and nancy kerrigan in 1994, are no longer all that clear on the facts of what went down.

they, too, assume harding clubbed kerrigan. 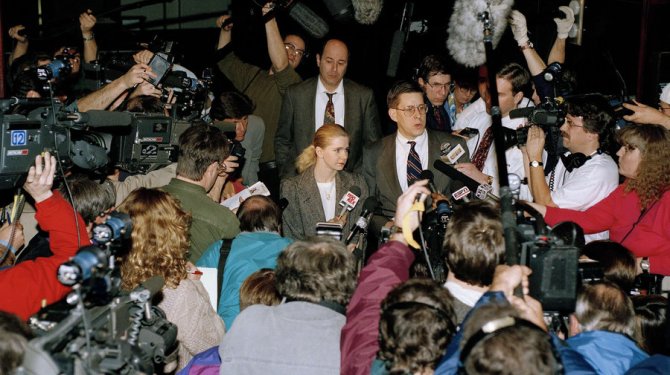 is this to do with sheer repetition?

with our preference for simple narratives rather than the complex?

because there is nothing simple about this story.

not just because it’s ONE OF THE GREATEST STUPID CRIME STORIES OF OUR TIME, but because, at its core, it is about knowing. 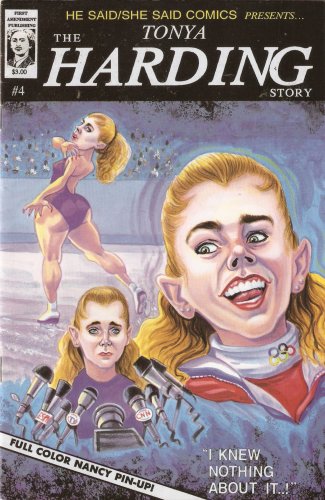 i am interested in writing the life of tonya harding for many reasons, but chief among them is the fact that the story seems to me to hinge upon the question of when did tonya know what she knew.

something which, no matter how much i know about her, i will never ever be able to prove. 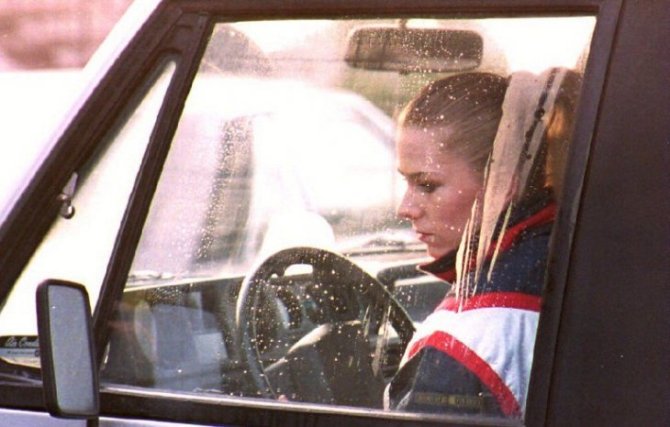 undoubtedly, at some point, she discovered her ex-husband- that guy:

had conspired with these other clowns: 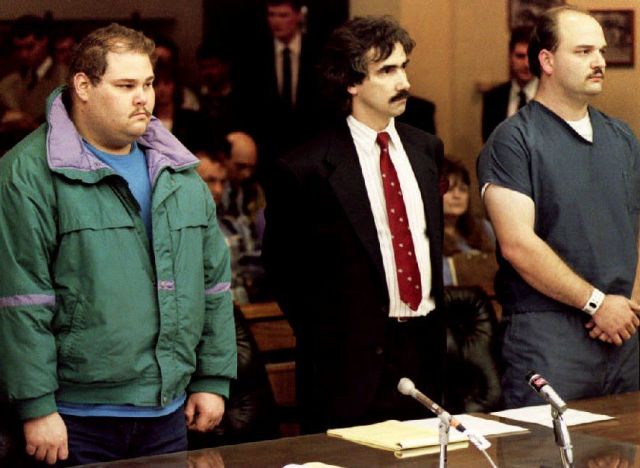 all of which culminated in the infamous attack: 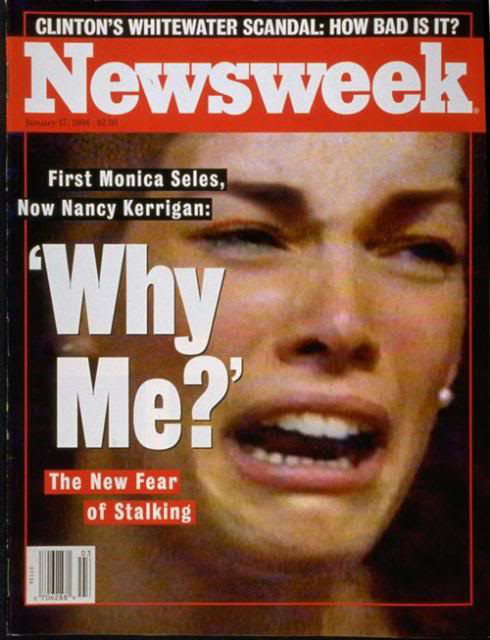 but when did she know this? and what were the circumstances of her knowing this?

harding doesn’t exactly help us out here, because her story has changed over time.

details of sexual assault have gradually entered the telling.

from there, celebrity boxing and a series of bizarre and violent incidents in her personal life- several of them involving her truck- have only added to the generally accepted notion that she’s trailer trash, an image that has always been used to dehumanize her and justify our use of her as a cultural laughingstock. 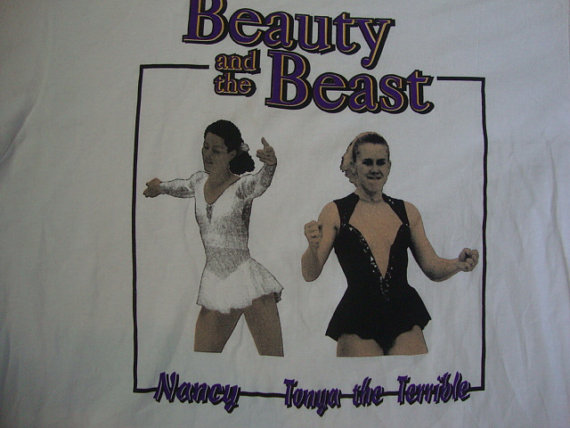 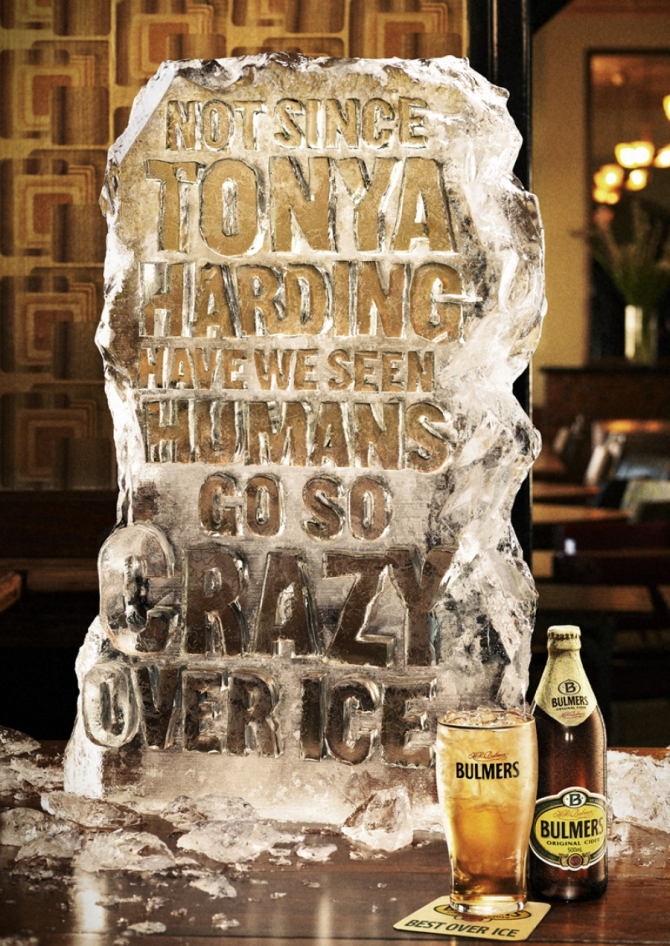 hers is, as i see it, a story of bad choices and rotten luck.

she is also a woman who has, for over twenty years now, refused to apologize for that.

3 thoughts on “we need to talk about tonya harding”