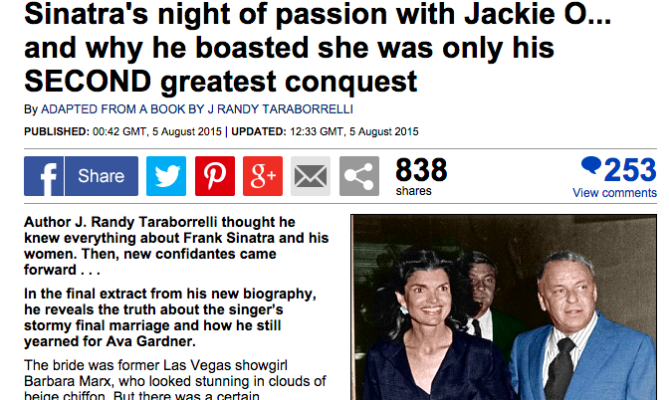 so, fyi, this is not a new rumor. but because it’s been a whole year since this…

and even longer since this… mayhaps you have forgot.

lucky for you, i am in the middle of JACKIE: THE PHD, and i’m also in the middle of THE SEX LIVES OF DEAD PEOPLE: THE CONFERENCE PAPER, and so one afternoon i actually sat down and made a list to ascertain where we are and so’s have a running tally and i can tell you with some authority that where we are now, vis-à-vis MEN ALLEGED TO HAVE SHARED JACKIE’S BED, is this:

AAAAAAAAAAAND according to the daily mail, that is “to name only a few.” i, for one, am still waiting for elvis, burt reynolds and ronald reagan. because those would actually be new gossip.

how jackie went from being, in liz smith’s 1974 estimation, a woman who loved “ari’s rough and ready ways” to in sheilah graham’s mid-70s evaluation, “not a passionate woman” to being, by 2014, according to the daily mail, “a passionate woman who needed the closeness of men every bit as much as her philandering  husband Jack Kennedy needed other women” is one of the great questions of our time, fyi. (please, some future person, write JACKIE’S TABLOID SEX LIFE: THE PHD. i beg you.)

also, fyi, if you research mid-century gossip for any length of time you realize that basically 99.9% of the “shocking” and “new” gossip stories about mid-century stars are totally old news. someone, somewhere, has said them before. to such an extent that it is dispiriting that our modern world is not more creative.

but sinatra. let’s talk about sinatra. who knew jackie because he knew jfk.

but let’s talk specifically taraborelli’s claims about sinatra and jackie as recounted in the daily mail.

sadly for all of us, the episode taraborelli recounts is not from this 16 april 1974 encounter where jackie went to sinatra’s concert in providence and then sinatra came back to new york with her and they met up with ari at jilly’s and sinatra wore this huge-ass honking medallion and an especially friar tuck hairdo. alas.

PKT4594-341110
JACQUELINE KENNEDY ONASSIS
1974
Jacqueline Kennedy Onassis and Frank Sinatra leaving Jilly’s in New York after Jackie had attended Sinatra’s ‘COME BACK’ concert in Providence R. I. They flew together to Providence and back in his rpivate jet.

though please note how the pre-fab caption here totally obliterates ari’s presence at jilly’s and makes it seem like jackie and sinatra were on a date. fyi, they were not.

though this is- surprise!– what the movie mags did as well… 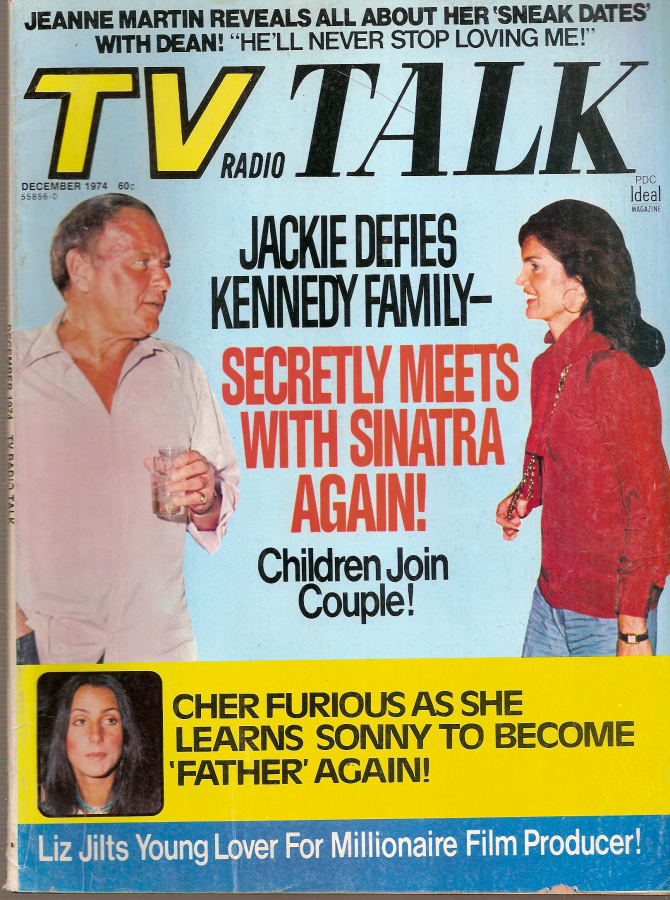 taraborelli’s source said that this all went down in 1975, which would be this:

The Night of The Visible Bra Black Checked Jumpsuit.

and yes, i’m conforming to gender norms by limiting the definition of the night to jackie’s clothes, but that is only because frankie’s clothes (and i have resisted the temptation to call him that this whole post but I CAN RESIST NO LONGER!!!) are harder to pin down with any degree of historical accuracy. 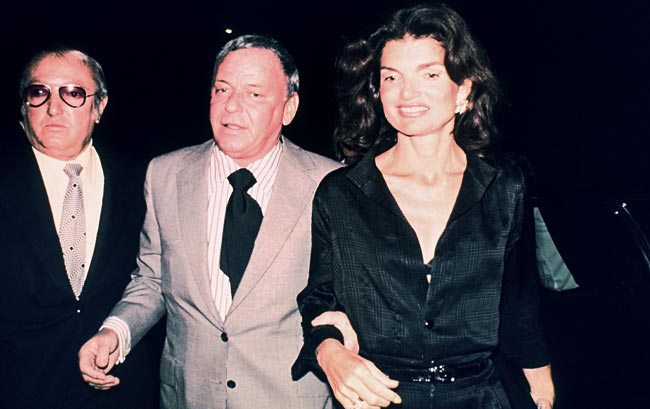 was it a blue suit or a grey suit? looks like the retouchers over at bettman/corbin archive got a little over-eager with the microsoft paint. so yeah. ok. The Night of The Visible Bra Black Striped Jumpsuit and The Suit of a Different Color. that is the night in question.

and, according to taraborelli, “it was at this point that Sinatra had a well- publicised dinner date with Jackie Kennedy Onassis in New York.”

this did happen. from what i can tell, it happened in september. it was reported at the time.

because you have to read 12 versions of the same story to assemble the collage of details, let’s go over to AP, which tells us what UPI does not, which is that they were not alone… 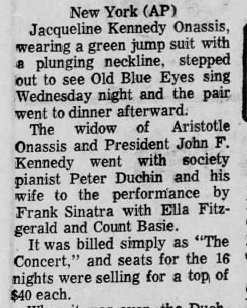 and NOTHING IS AS IT SEEMS: her jumpsuit was green.

on 24th september 1975, the gossip earl wilson observes that, since this was jackie’s first appearance in a cafe in a while (ari had died the previous march) it was likely that this appearance would “undoubtedly inspire many stories and articles about the new jackie beginning a whole new life.” a trend he seems to have tried to gotten a jump on by declaring this:

earl wilson’s proclamations are nothing if not under-stated.

come october, dorothy manners chimed in to tell everyone to calm the hell down because jackie and frankie had been friends for ages…

and consider the rumor of jackie and frankie, version 2015.

the article is actually hardly about jackie, despite the headline being entirely about jackie. and PROPS TO THEM it is heavily cushioned in supposables and probablys…

in theory, one could argue this anecdote is double-sourced, because the second sinatra friend attests to “feelings,” BUT. when we break this down, what do we have?

i’m not saying sinatra didn’t brag. i do not know whether or not they slept together. i don’t even think it matters, though i would mention that kitty kelley has written biographies of both jackie and frankie and, if memory serves, never suggested such a thing, and i don’t know about you, but i don’t think we live in a world where kitty kelley would miss this.

but the point i’m making here is that this is essentially the story of some dude’s locker room bragging. and that things are never so clear cut as the daily mail’s headlines would have us believe.

this is a world where even the color of their clothes is open to interpretation. nothing is certain. nothing is true.

i write about real people so i would think that. but still, think of all we miss… 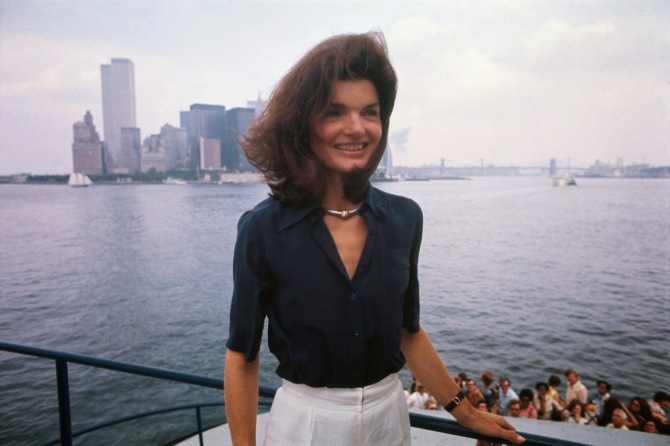